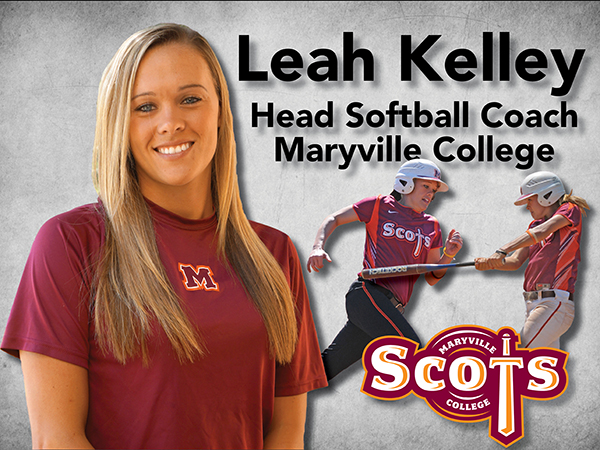 Since Kelley’s hire in December of 2014, the Lady Scots softball team had been working toward that first pitch, which stood as a chance to redirect the softball program.

The past few years have been tough for Maryville College Softball, going 3-33 in 2013 and 8-32 last season. However, the team is looking forward to getting back on track in 2015.

“This year we’re looking to change the mindset and the program for the future,” said senior outfielder Caitlyn Hogg, who transferred from the University of West Georgia before the year began.

Mindsets certainly were changed as the buzz around MC heard the news that the Lady Scots had picked up their first win of the season. Though they fell to 21st ranked Washington 11-0, the Lady Scots found victory over Rhoades College later that day, winning 8-1.

Over the weekend of Feb. 7 and 8, the Scots went 1-3 in play on the diamond. Over the course of the four games, the team lost to nationally ranked Washington University twice, in addition to falling to Depauw. However, their 8-1 victory over Rhoades College represents the right direction.

“Overall I think we learned a lot from the weekend and it is a good stepping stone for the rest of the season,” said senior pitcher Lexi Randolph.

That stepping stone is attributed to the athlete’s hard work as well as stellar leadership from their new coach.

Coach Kelley is a MC graduate in the class of 2011. While playing softball as a Scot, Kelley won two all-conference honors in the Great South Athletic Conference and was named Conference Player of the Year in 2011. She was also awarded 1st Team All-Region honors in the same year.

Kelley played her senior year of softball with this year’s senior class. Though they were freshman at the time, playing alongside their current coach has given these athletes a special respect for their leader.

“I respected her as a fellow player and teammate, and I respect her even more as a player under her,” said Randolph, one of the seniors that played with Kelley her freshman year. .

Just as the players are excited to welcome back Kelley, the young coach is also honored.

“It’s a great feeling,” Kelley said. “When you play somewhere you always have a passion for that program, and to be the head coach is surreal.”

As an MC alumnae, Kelley has a rare connection with her players and possesses a special insight into the dynamics and needs of the team.

As in any sport, the addition of a new head coach has presented a transition for this year’s team.

“The transition actually went a lot better than I thought it would,” Randolph said. “I think we have really started to change the mentality of the program, and that is going to continue throughout the season.”

That shift in mentality is an aspect coach Kelley is extremely passionate about.

“I’ve told the girls that Maryville College softball is going to change, and this year is about setting a foundation for future teams,” Kelley said.

“She wants us to succeed in life more than she does on the field, and I find that very respectful of her,” Hogg said. “Yes, softball is our life now, but what we learn now we can use later, and she really sees that.”

Kelley brings specific strengths to the table that has visibly benefited the team.

“Her hitting was phenomenal when she played here, and the way she coaches that aspect of the game is outstanding,” Randolph said. As a senior, Kelley led the nation with a batting average of .522. “To watch the way some of the players were swinging in the fall to how they are swinging now is a tremendous transition,” Randolph concluded.

“I personally appreciate the way she is straightforward with the players,” Randolph went on to say. “She has a really high standard and expects the best from us, and that’s what we need to give her.”

With a supporting cast of superb assistant coaches and athletes that strive for victory, Kelley and the Lady Scots softball team are poised to make this season a launching point for success.

“We have a lot of good talent returning and we have brought in a lot of good players, so I am excited to see how this season turns out,” Kelley said.

The Lady Scots will resume play on the diamond on Friday, Feb. 21 at home against Salem College.