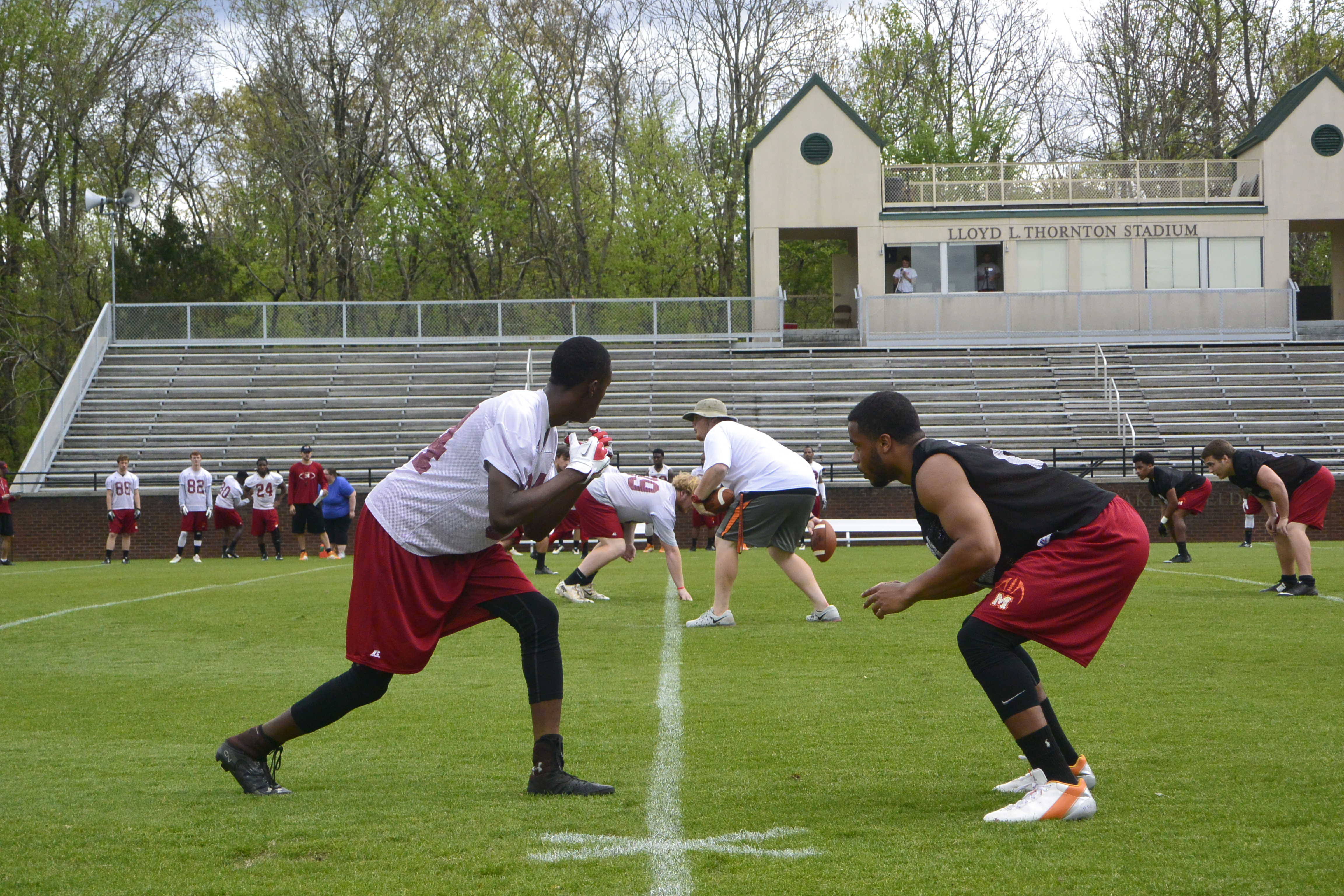 Hightower trades in cleats for a whistle

For many athletes, their sport ends with their last game. They hang up their cleats and set off into the proverbial sunset, moving on to pursue other interest in their lives, but they always fondly remember the times that they had playing a sport. Unfortunately, all athletes must eventually give up playing their sport, but some take that love to the next level and teach others the knowledge that they have gained over the course of their careers.

This is where former All-American guard Rance Hightower is at in his career. After being a key factor in Maryville College football’s two USA South Conference Championships and earning All-District, All-Conference and All-American honors in the process, Hightower has decided to trade his cleats for a whistle and coach for his former team. Hightower said that the people who had the greatest impact in his life were coaches.

“My dad was my coach all the way up until I got to middle school…I had coaches who always prepared me for what was right and what I needed to do to be successful,” Hightower said. “They trusted me to lead other men and mold players to be successful leaders.”

Hightower, who will be assisting Paul Humphries in coaching the defensive backs this year, will be out of his element since he was an offensive lineman as a player. Although there are many fundamental differences between the two positions, Hightower says that it has changed the way that he looks at offenses and how to scheme against a defense.

The fact that Hightower is so familiar with the program and the players should help him earn respect from his former teammates. He doesn’t make them call him “coach,” but he does ask for a little respect because “it goes a long way in the game” he said.

“I feel that Rance will do a great job at coaching [the defensive backs]…He knows all the players and understands what we are going through, and that will really help connect to the players,” sophomore offensive lineman Jesse Munoz said.

“[The reception] has been mostly positive,” Hightower said. “I think the majority of the guys see what I did on the field…I have a really good knowledge of what’s going on in the game, so most of them really respect me.”

For players like Munoz, a former teammate from Hightower’s position group, this transition from player to coach has not been a significant change.

“Rance [Hightower] has always helped reach my full potential…And now he is helping me by doing more than just being in the trenches with me. He is helping the team and pushing me to do my best,” Munoz said.

As a player, Hightower only thought about football. Now, however, he has a different responsibility, which is to look at football beyond the ‘x’s and o’s’. He has much more influence as a coach.

“As a coach, I really have to help them understand that football will end one day and that the name you have made for yourself will carry throughout your life… It’s a small portion of your life when you get to play football, so enjoy it and don’t think of it as a burden; think of it as an opportunity to do something only a handful of guys get to do on an daily basis.”

Although he is treading new territory and wants to learn as much about the game as he possibly can, Hightower admits that he hopes his coaching career will lead him back to the position where he gained so much success.

“Obviously, I want to coach the position I played,” Hightower said. “I have valuable experience there and I know what it takes to succeed there. But for this year I see myself helping analyze our opponents’ run game because I know offensive blocking schemes.”

Hightower has also said that he has the ambition to become a head coach for a Division I program one day. However, he realizes that he must keep working in order to get to that point in his career.

As one point in his career ends, another one begins. Hightower has chosen to bestow his knowledge upon his former teammates.

“I feel that Rance is qualified for the position,” Munoz said. “He has been playing football for more than ten years…He has trained with many different people and has been recognized as an All-American, so his training has made him qualified.”