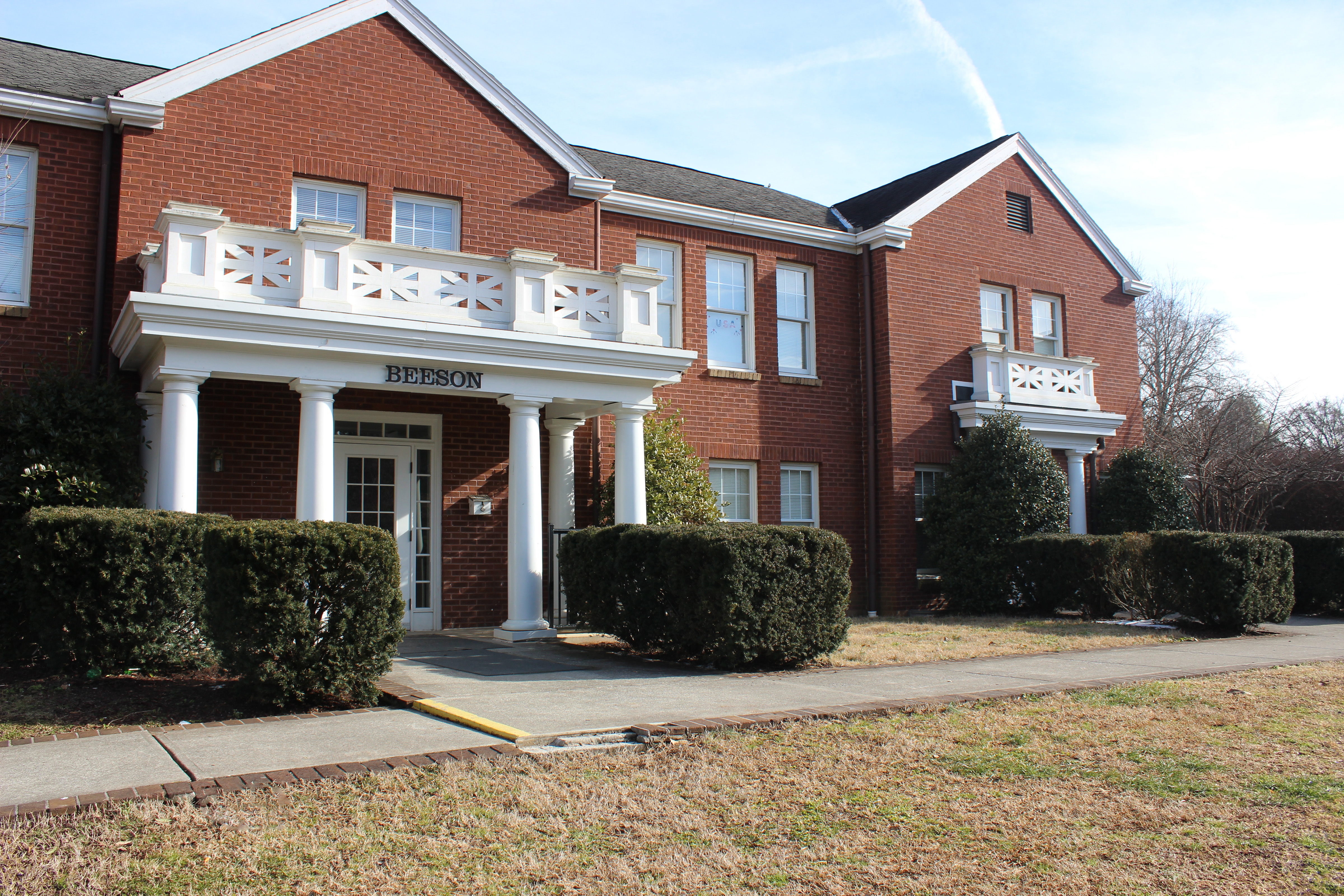 Gamble Hall is a male-only, typically freshman hall. Each floor is equipped with a community bathroom and a lounge. Gamble supplies single and double occupancy rooms and has limited visitation hours. Will Manuel, a freshman golfer at MC, let me in on his experience living in Gamble Hall.
“For the most part, parking is convenient,” Manuel said, “Sometimes I will have to park in Copeland but that usually only occurs on weekdays when I get back on campus later than 9.”
Manuel also conveyed that Gamble, as an all-male freshman dorm, is quite loud. “Just get used to the noise level,” he said.
Davis Hall is MC’s freshman women’s hall. It’s comprised of both double and single occupancy rooms and has a bathroom on each floor. Limited visitation hours apply. Carter Dickinson, a freshman, gave me some insight into her experience living in Davis Hall. Dickinson’s number one need-to-know was “bring extra storage compartments.”
On dorm hacks the cross-country runner said, “ask your RA to pull out the wood strips on the wall- you can hang things be-hind them like jewelry and décor.”
Copeland Hall is Maryville’s co-ed residence hall open to freshmen. Each floor has a community bathroom and a lounge. Copeland has both double and single occupancy rooms and offers limited visitation hours to first-year wings.
Anna Dieter, a freshman, gave the dorm hack “sing to yourself while you go up the stairs, that way you don’t have to think about it going up so many stairs everyday.”
Her favorite thing about the hall is that “it’s a coed hall, so it’s easy to make friends and see them whenever you like without making the trek all the way to Davis or Gamble.” Dieter added that the worst thing about Copeland, as with all freshman halls, is the 1 a.m. curfew.
Gibson Hall is a newer residence-hall opened in 2008. This hall offers four-person, carpeted suites, made up of double and single occupancy rooms. All suites include two bathrooms and some include a kitchen. Gibson is a wellness hall, which means no tobacco or alcohol.
Chandler Chastain, a junior at Maryville College, talked up some of the great things about her residence hall. In regards to hygiene, Chastain said, “Gibson typically has high standards for the cleanliness of the [bath]rooms.” Before deciding on Gibson, you should know that “your RA has to adjust the thermostat for you,” she added. Chastain’s favorite thing about the hall is “the quietness—it’s a wonderful place to nap and study.”
Carnegie Hall offers an elevator and carpeted suites, mostly comprised of double-occupancy rooms. Each room in Carnegie Hall is different, but all suites are equipped with one bathroom. Some suites include a kitchen. Madi Reilly, a sophomore at MC, took some time to talk about Carnegie Hall with me.
Reilly said, “Parking is the best part. I usually park near the side door and I never have to look for parking more than two minutes.” About room size, Reilly told me “the size is good, but it’s an awkward shape.” Reilly’s need-to-know fact was that in the spring there will be lots of ladybugs in the rooms.
Lloyd Hall is made up of four-person suites (double and single occupancy rooms), two bathrooms per suite, and some include kitchens. Rose Sampley, rocking pink hair and an eyebrow piercing, gave elaborate details on living in Lloyd Hall, Gibson’s mirror.

“Parking in Lloyd is miserable,” Sampley said. “It was not nearly this bad last year. I think that was before Pearsons opened up. I usually park behind Copeland- not even in that front area.”
When asked about the number of electrical outlets in her room, Sampley felt much more satisfied saying that “[There are] so many! I love it! There are four port outlets and a couple with USBs. It’s nice.”
An important fact about Lloyd, however, is that it’s known by some as the “party building” because of its 21 and up suites.
Court Street Apartments are Maryville’s off-campus residencies. They are reserved for upperclassmen who have at least a 3.0 cumulative GPA and house two students in a one-bedroom apartment.
Ra’Sham Dickson, a senior student said, “Parking is a lot easier for Court Street than it is for red lot upperclassmen.”
Regarding the AC system, Dickson reported, “having extra fans is a plus. Otherwise, your bedroom is going to be around 56 degrees, but your living room, a solid 80.”
Beeson Village is a group of residence halls for upperclassmen which sits between Carnegie Hall and Bartlett Hall. The suites accommodate either four or six people and are carpeted. Students applying for Beeson Village will have their discipline records reviewed and must have at least a 2.5 cumulative GPA.
Pearsons Hall is Maryville’s newest addition. It has two floors, one of which houses women, and the other, men. The rooms are double-occupancy, some of which have en-suite bathrooms. Pearsons’ second floor has a full kitchen, and the third floor has a study room. Laundry rooms are on each floor, and the building is a wellness hall, meaning no tobacco or alcohol.
Angel Schild, a junior at Maryville (who is also an RA) answered my questions about Pearsons Hall.
“The standard room sizes are bigger than the other residence halls, which everyone finds to be a blessing,” Schild said.
On dorm hacks she informed me that “there is a way to walk from your room into the dining hall without having to go outside by using your keycard in the side stairwell.” Schild also raved about the newer appliances in the recently renovated hall.

The following photos were taken by Clair Scott.