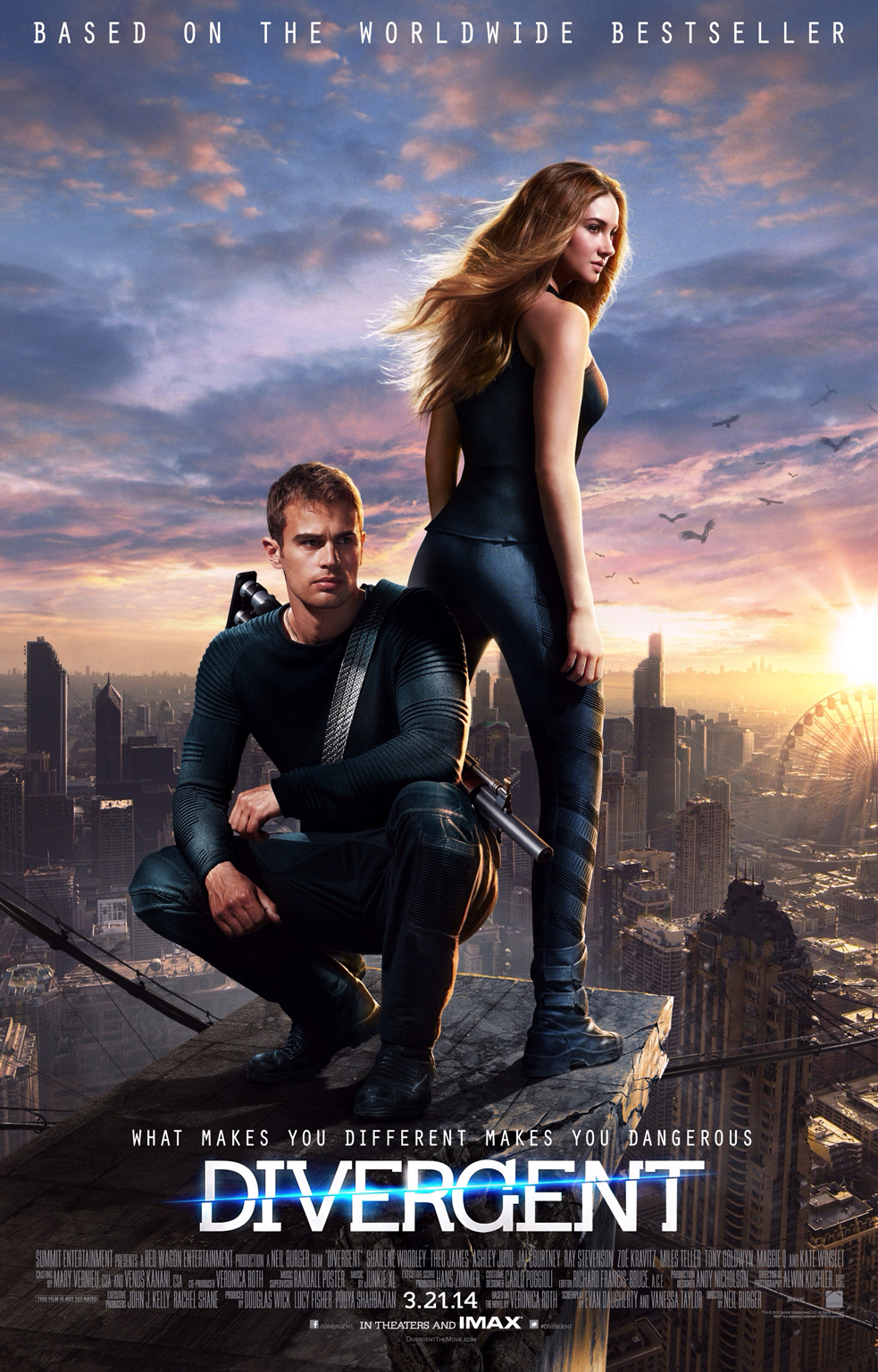 As cliché as it is, I feel that I have a duty not only to myself as a writer but also as a film enthusiast to review the hyped up film “Divergent.” Yes, I have read the books. So, I do have qualms about the disparities between the film adaptation of the first book of this trilogy and the book itself.

But I will not be talking about these differences. They are irrelevant. They are tedious. They are also not anything we haven’t heard before. As difficult as it is to separate the first book from the movie, or any book from the series, it has to be done.

What many people don’t understand or realize is that a film is the creative take and vision of the director/screen writer. Books are the creative visions of their authors. Sometimes, the authors help with writing the screenplay but, in the end, it is the producer and director who make the final decisions about the film.

So, when a book is turned into a movie, it is all up to the director and the producers to use details at their discretion. After all, during the beginning credits, it is stated that this film has been “based on the novel by so and so,” not “this is a word for word screen replica of the novel and nothing will be changed because every single little detail counts right down to the breakfast the main character had that morning.”

That being said, there are still issues my soul cannot bear to keep bottled up inside any longer. The biggest one being this:

Summit Entertainment needs to be stopped. As does Lionsgate, for that matter. Not because they keep taking these young adult series and turning them into films. They need to be stopped because every film adaptation they put out feels like a clone of the previous one.

Let me clarify: Summit Entertainment is the large production company behind the “Twilight” saga, “Warm Bodies,” “Ender’s Game” and, most recently, “Divergent.” This company, along with Lionsgate, seems to have a large hold on the young adult female lead and dystopian world franchises.

Even though Lionsgate and Summit Entertainment are separate, they somehow put out the same product when it comes to these young adult novel adaptations. This product has become repetitive and tiresome, and each film has a similar formula: Spoken exposition, a few shots of the protagonist’s routine life that contains little to no dialogue and then a series of actions and statements that don’t really make sense unless the audience knows every little detail of the books.

Unfortunately, “Divergent” has fallen prey to this formula.

The film is about a 16-year-old girl named Beatrice Prior who lives in the city of Chicago sometime in the far future. Society has been split into five factions which represent one virtue that each faction believes is necessary to keep peace. They include bravery, intelligence, honesty, selflessness and friendliness. Beatrice has to choose between staying with her family or going her own way.

Unsurprisingly, she chooses to leave her family and be brave with the Dauntless. After that, she finds out she’s different by being Divergent, which means she is immune to being brainwashed, and then we all find out there are sinister goings on with the government and chaos ensues.

The casting was all right. Shailene Woodley, who plays Beatrice, and her peers Ansel Elgort and Miles Teller, who both star in Divergent with her, seem to be the newest up and coming actors of the time. Woodley stars in separate movies with each of them, and all of them have come out at relatively the same time.

The performances, which included awkward, disjointed dialogue and little action with weapons and running, were typical of actors in Summit Entertainment film, but it is not their fault. Whoever writes for Summit Entertainment lacks the capacity to generate good dialogue from these first person stories. And this lack brings down the films that could have been much greater than the hype already made them out to be.

In “Divergent,” there are snippets here and there of dialogue, and every so often a humorous one-liner or two. The film, like “Twilight” and “Ender’s Game,” relies on action and scenery shots. Do not get me wrong, the world created on the green screen looked really good with the way that the city of Chicago was CGI’d to look wrecked and war-stricken. There was obviously a lot put into the sets, but that does not make up for the lack in what makes films really great in my humble opinion: the dialogue.

Since films cannot get across all of the literary details in pictures, dialogue is important. Dialogue gives characters personality, especially since films rely on dialogue to give them that extra something. The only characters in “Divergent” with personality were the antagonists, and by the end of the film I was rooting for them. Like Eric, who was the protagonist’s biggest enemy since he constantly bullied her and basically had many of her friends killed. Somehow he was more likeable than poor Beatrice, with his cold, biting phrases and evil intent.

What this film instead did with the dialogue was make it robotic and too similar to the books. This is where creative liberty needs to take place. Add some more dialogue; make the characters likeable and unique. Not all of them need to be snarky and sarcastic, like the protagonist and every single one of her companions, whenever a new situation arises. It’s tiresome, to be honest.

With all that the movie lacked in terms of being engaging and entertaining, the one aspect of the film that I found stunning was the music score. I think that the chosen music was done brilliantly, and it really made the movie. It gave the movie the right mood and personality it needed that the characters couldn’t bring.

Ellie Goulding is the queen of this soundtrack, and her airy, ghost like voice captured the eerie and dreamlike undertones of the film. Without the music, I would have disliked the movie more than I already did.

Overall, I would say go see the movie if you’ve read the books and you’ve been waiting to see it put on screen.

If you haven’t read the books, as confusing as it will be, go ahead and see it and let the music flow through you. And try not to cringe whenever the actors open their mouths to speak.

One thought on “‘Divergent’ is another victim to Summit Entertainment”